I live in Mandres-les-Roses, a small village, 23km SE of Paris, less than 5000 inhabitants, rather politically timorous. But our mayor, at the request of several citizens, decided of a republican meeting at the “Ferme de Monsieur”, our City Hall, today at 3pm. I was there. I'm 64, and it was my first protest...!
There must have been a little more than 500 participants (Correction! 1,500!!!), lot of little posters, some flags, all ages, all colours, even pets wearing their own “Je suis Charlie”.
After a few words, a Marseillaise sung in unison, and one minute of applause (too difficult to be silent!), at general request the mayor improvised a short march along the two main streets. Back to the City Hall yard, children read in turns Paul Éluard's wonderful poem, “Liberté” (you can read a translation here), and a statement by Martin Luther King from when he was awarded Nobel Prize.
I took some photos with my phone, sorry for the low quality. 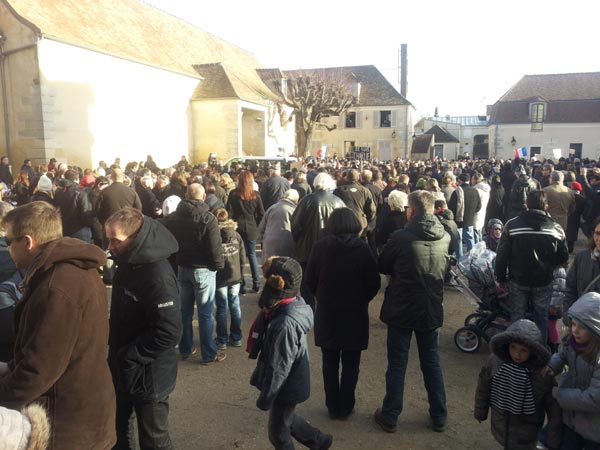 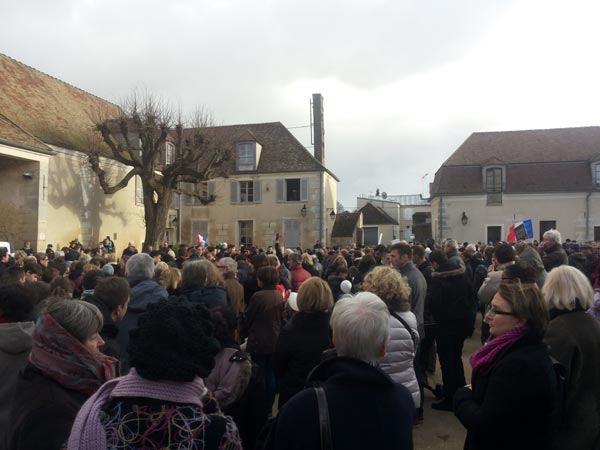 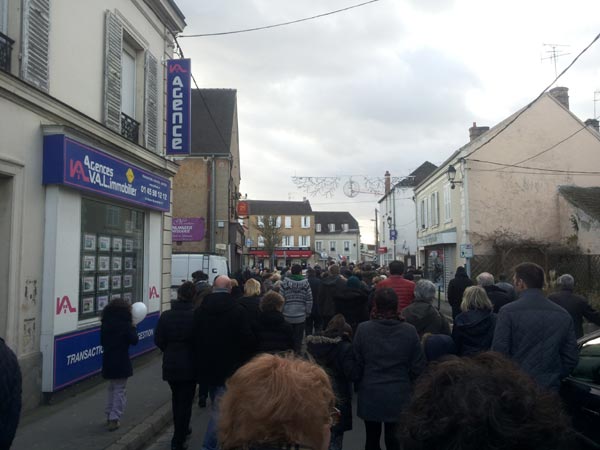 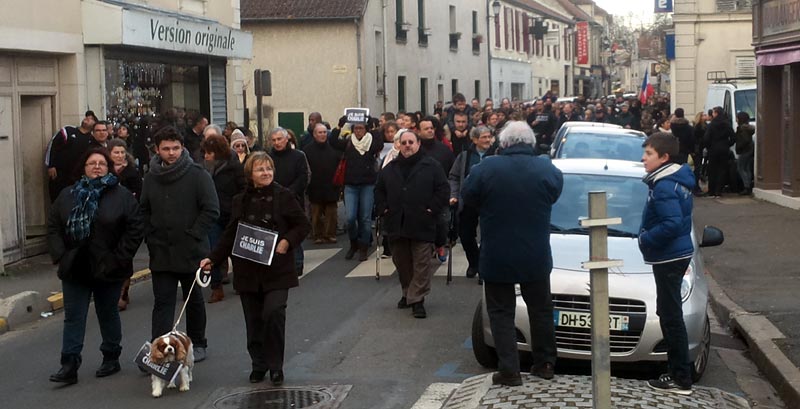 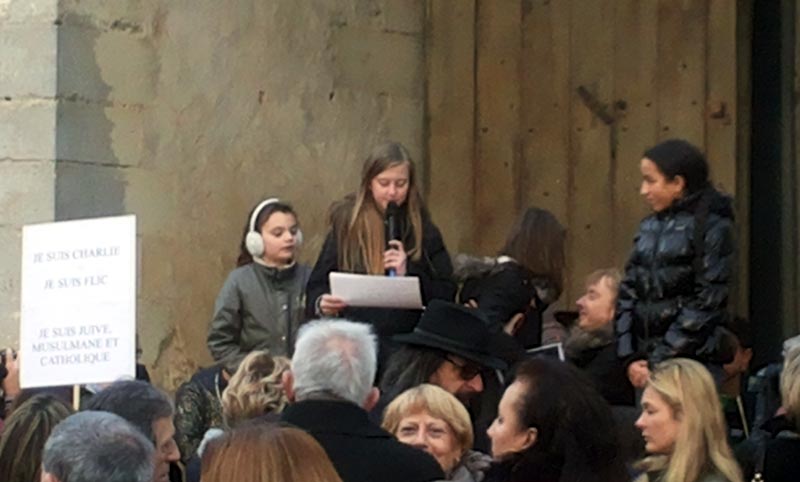 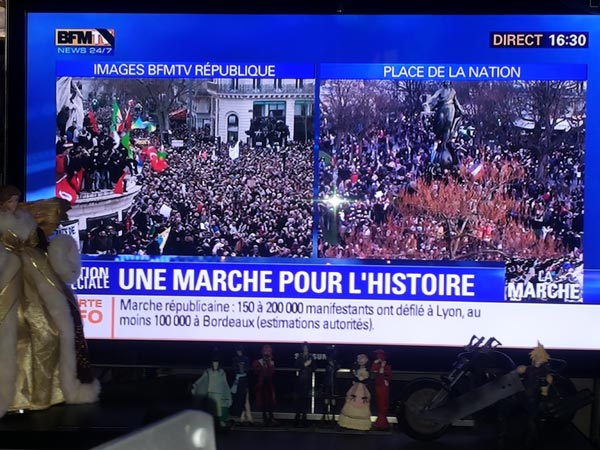 A shot from TV (BFM info channel) after 4pm. It's the same march: simultaneous shots, there's a little more than 3km between République and Nation squares. And the angel on the left side isn't a statement, just a remnant from X-mas :o)
Collapse